January is generally a very cold month with hard frosts freezing the ground although there are no guarantees with our British weather. If the ground is not frozen digging over will aerate the soil and encourage break down. Dig in some well-rotted manure or compost that will feed it ready for spring planting. However, if the soil sticks your boots, leave it for another few weeks.

There are a number of vegetable seeds you can sow indoors now, ready for planting out in the spring; cauliflowers can be sown now ready for planting out in late February to early March and will be ready for harvest around May or June. Also, leeks, lettuce, shallots, onions, garlic and chillies can be started off indoors now.
Now is also the time to be chitting your potatoes. Stand your tubers in trays or egg boxes on end so that the eyes can sprout and place in a cool, dry place where they will not be affected by frost.
Some perennial herbs can be left in the ground over winter, such as sage, oregano, mint and tarragon and will die right down to the ground.
Sow peas for an early harvest in pots now for an early May harvest. Keep them indoors until March or April when you can harden them off outdoors.

Newquay Garden Centre has over twenty varieties of seed potatoes in stock, as well as onion sets and a vast array vegetable seeds. 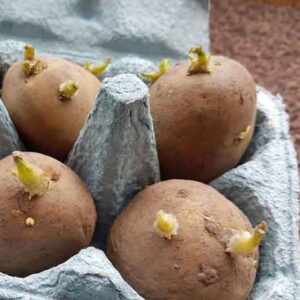 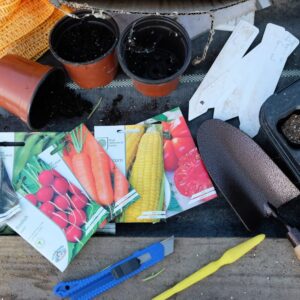 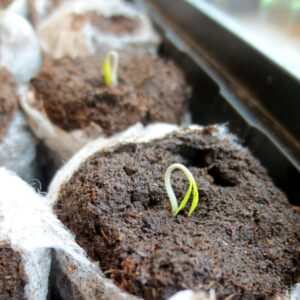 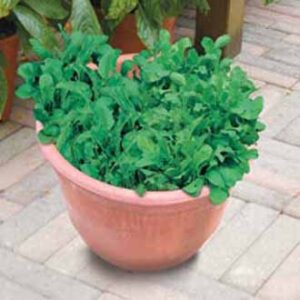