February, being the last of the winter months , often has a sting and ends up being the coldest month. So, more than any other month, this one you need to play according to local conditions. It’s best to hold off than try to sow in waterlogged, near frozen ground that will most likely rot any seeds.

Time to dig over your beds – Ready for planting your crops, dig over your soil getting it to a fine tilth. Once dug over, cover the soil with cloches or plastic to warm it up so you can start to sow early vegetables such as shallots, white Lisbon spring onions and early lettuce.

What to sow – Most vegetables that can be sown now need to be started off indoors, with a view to planting them out in the early spring. There are a few that can be sown outdoors now such as peas, broad beans and spinach, which should be placed under a cloche to prevent bolting. You can also sow some early parsnips in milder climates, again warming the ground under cloches or plastic to assist with germination.

Perfect planning – At this early stage in the year it is a good idea to decide what, when and where you are going to plant and sow. If you plan efficiently, you can be harvesting your favourite fresh vegetables all year. Think about what went where last year and consider rotating, so as to avoid problems from pathogens in the soil from last year’s crops. 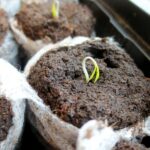 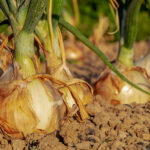 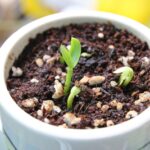 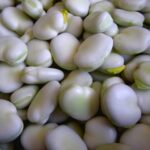